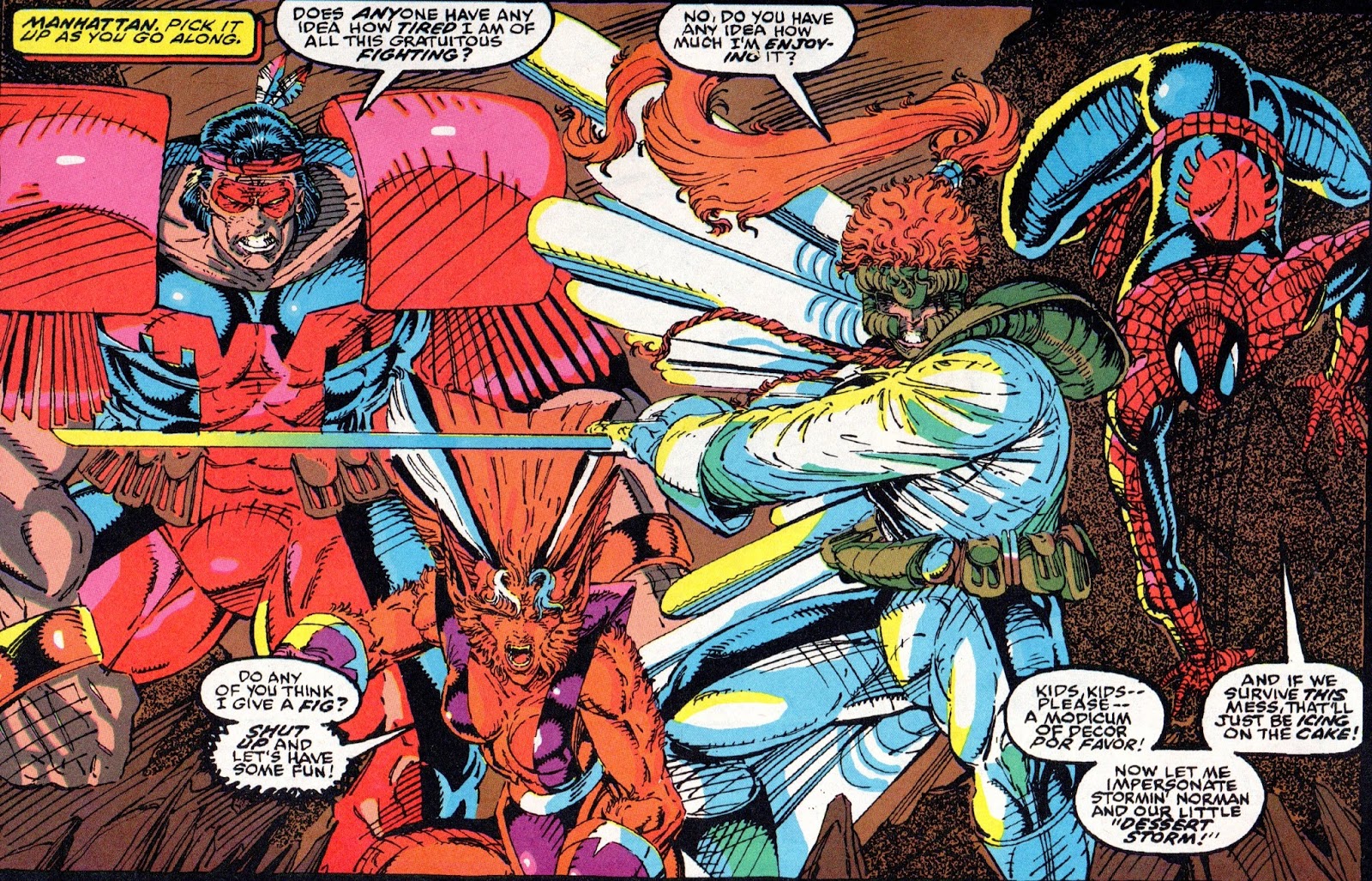 But I don't hate this. There's something too weird about it. The figures are so distorted. The hair is so strange. The postures make less sense the more you look at them. What's going on with the legs. It's the classic Marvel style pushed until it completely breaks free of reality and exists purely on this plane of line work and scribbles. There no longer any connection to the third dimension. It's garish and bright and impossible.

Look at Shatterstar's (his name is Shatterstar) hair. How is it doing that? Is it windy? His cape suggests so, but the fringe on Warpath's shoulder pads appear to be unaffected. And are those shoulder pads. And those pouches around Warpath's waste, are they attached directly to his costume because I can't see a belt. And what's going on with Spider-Man's butt?

It's pointless (yet enjoyable) to ask these questions because this assumes that there is some element of the real world that exists within this drawing. It does not. It is pure drawing.

So if a character is powerful he's enormous. If a character's happy, their smile breaks their face. No one gets annoyed, they get furious. 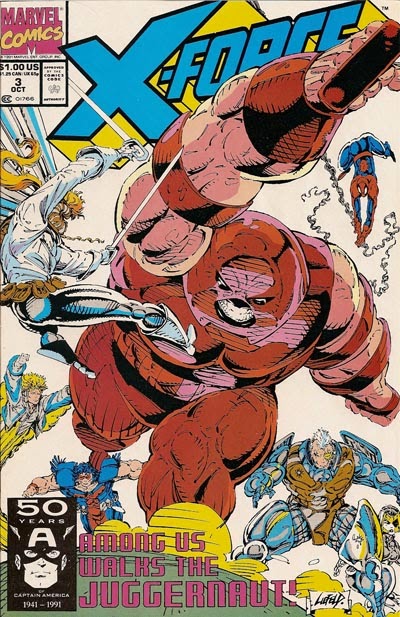 Unknown said…
I get it! It's mannerism!

Jesse Lonergan said…
With all the intellectual sophistication that goes along with it.
January 4, 2015 at 7:22 PM